Ushering my grandmother to the next world 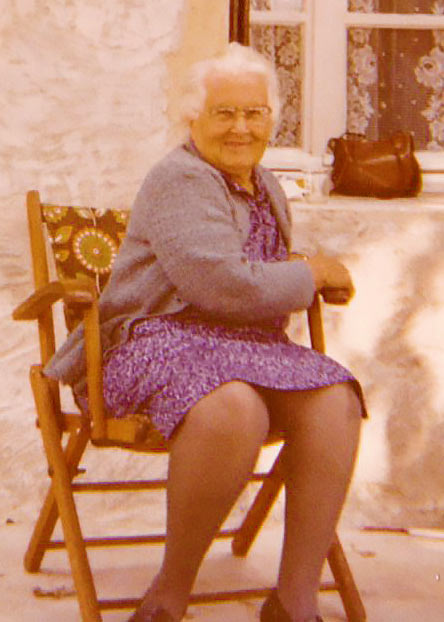 This story shows how Guru can help us and our dear ones through sincere prayer and meditation. Thirty years ago, my grandmother was seriously ill with cancer. By that time, she was 88 years old. She was brought to the hospital, and everybody knew she was living her last moments on earth.

So at the end of her life, even though I was a very young disciple, I put one of my grandmother’s photos on my shrine, and I prayed every day to the Supreme and to Guru to help her pass the curtain of Eternity. She died a few months later, while I was in New York for our annual Sri Chinmoy Centre April Celebrations.

I remember very clearly the dream I had then – the kind of dream that makes you feel it is not a dream but a reality in the inner world. During my sleep, I saw my grandmother walking away through the night of death, accompanied by Guru and holding one of his arms. She turned her head towards me and looked at me, waving a white handkerchief and smiling at me. Then she disappeared and I woke up.

It was a vivid experience, and I felt that my prayer had been granted. A few years later, I told this story to Guru during the Christmas trip, and he gave me a broad smile – his way of confirming that he had in fact ushered my grandmother to the next world.

In secrecy supreme I see You.
You live in my eyes, in my sleep,
In my dreams, in my sweet wakefulness.
In the stupendous mirth of life,
In the abysmal lap of death,
You I behold.
Your Love-Play is my world.