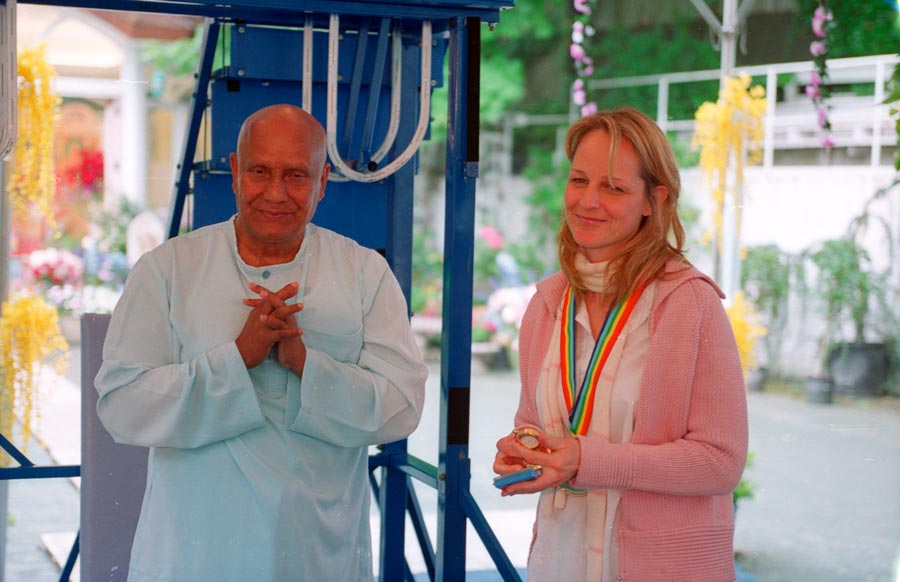 In 2003, the Oscar-winning actress Helen Hunt was invited by Sri Chinmoy to be honoured for her professional successes, by being lifted overhead as part of the “Lifting Up the World with a Oneness-Heart” programme.

On the day she was lifted in 2003, I had the privilege of driving her to and from her residence in Manhattan. On the way to the lifting ceremony, she had asked me if she might have a private interview with Sri Chinmoy. I was sure that he would consent, so I took the liberty of telling her that Sri Chinmoy would be happy to do so. Helen was a long-time meditator and understood the significance of meeting a spiritual Master. After lifting her, Sri Chinmoy invited her for a private interview in the large garden where he had outdoor meditations with his students.

After about thirty minutes, Helen came away looking very serious. She got into my car and drove back to Manhattan in complete silence. Later, when I mentioned that Helen had been totally silent, Sri Chinmoy replied, “Perhaps she took my advice seriously.”

Sri Chinmoy did not say what he and Helen had spoken about, but he said that he had given her encouragement and told her he would pray for her.

On February 15th, 2013, nearly 10 years later, Helen Hunt appeared on The David Letterman Show on the occasion of her Oscar nomination for the drama film The Sessions. During the show, Dave asked if she would share an unusual experience she had had after winning her first Oscar in 1998.

Helen mentioned that in 2003, she was invited by Sri Chinmoy to be honoured for her professional successes. She spoke about coming to Sri Chinmoy’s meditation garden in Queens, New York City, and being lifted. She described the significance of the meeting with Sri Chinmoy, and mentioned that she had told Sri Chinmoy she was having difficulty conceiving a child. Sri Chinmoy had assured her she would soon do so.

As made very clear by her conversation on The David Letterman Show, Helen did take Sri Chinmoy’s advice very seriously and had great faith in his prayers and concern.

More stories by Sanjay »
Next story 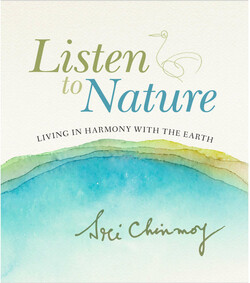