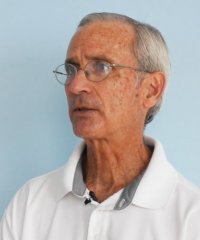 How sports and fitness became part of our spiritual life 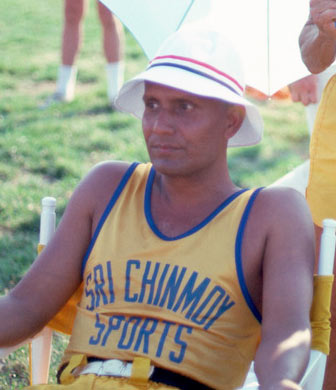 This is the very beginning of when Guru started to incorporate sports and fitness into our Path.

As you know, Guru came to the West in 1964, and the very first Centre he opened was in Puerto Rico in 1966. I came in 1970, four years later after the Centre was opened there. But during those first years, it wasn't anything like it is today. We didn't run. We didn't do sports unless someone on their own happened to do it. But most of us weren't athletes. I happened to be a surfer because I was from Hawaii.

Our Centre life as disciples consisted basically of our daily practice, of course, our meditation and study and coming to the Centre meditations. The only other real activity we had was what Guru called karma yoga nights, selfless service nights, when we would come to the Centre and do arts and crafts. Whatever we made we would eventually sell. With these sales we would raise money for the Centre. And maybe sometimes on the weekends, just informally, the younger disciples mostly, we would go on a hike in nature, in the mountains and things like that, but there were never any organised sports at all. No one was running at that time.

I think it was maybe around 1970, on one of Guru’s trips to Puerto Rico. One night after meditation we were sitting around with him very informally talking and joking. Out of the blue Guru said, “Okay, everyone, I want all of you to be at the park tomorrow morning at 7:00 a.m. We're going to take exercises.”

So, we all went to this particular park in the morning. When we got there, we were all kind of groggy because we were up late with Guru and we were not used to getting up that early. We were not that disciplined yet. We all came to do exercises, but none of us had exercise clothes. I mean, it's not like today, where you have all these fancy clothes. We just had regular clothes, jeans and shirts and regular shoes and stuff. And I still have the picture. We are all there lining up and then Guru starts leading us in all these different exercises that he used to do in the ashram.

Remember, Guru was 39 or 40 years old, but he was really fit. He was really in good shape and we were not. He started doing all of these jumps and twists and different stretching exercises. We were following him, but in about ten minutes, we were out of breath. He kept going and going and going. After about an hour, we were completely wasted. But it was such a magical moment, because that day was the very beginning of what grew into the importance of sports in our Path. And very soon, I think the next the next day or so, Guru started having us do sprints, races around the Centre, around the block. He would be there with the stopwatch. None of us ran, so we did not know what we were doing. We just ran until we were out of breath and had side pains. But that was the very beginning.

Guru was like our coach when we did those races for the first time. He was timing us, seeing who among us had the talent or the capacity or the willingness and who enjoyed it. Not everybody is a runner. A lot of us were not in shape. But the few of us that had showed some promise, he encouraged. Then he asked three or four of us to start training. Saraswati was one of them. He wanted us to train and to run in the New York City Marathon, which was about five months away.

We started, but we did not know how to train. We didn't know anything. We just got up every morning really early and went out and ran 10 miles. Of course, that didn't last too long. But that was the beginning. I remember the first year a lot of disciples ran in the New York Marathon. I think we were one hundred or so. We all had these nice shirts. And that was the very beginning of what has become today such an integral, significant and inseparable part of our Path.

This was before the whole running boom took over in America for sure. In the mid-70s when the running boom exploded, Guru was right there. He saw it coming. He told us that running and sports were necessary to help, especially the young disciples, to discipline and channel and transform our vital energies. If we come when we’re young, we have all these things going on, and if we don't steer it in the right direction, it can take you in the wrong direction. That is the gift that Guru gave us. And it has saved so many of us. Definitely it has saved me for all these years.

More stories by Banshidhar »
Next story