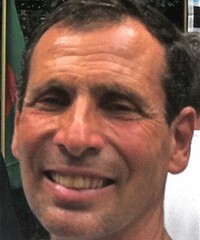 A demonstration of the Master’s occult powers

We had a very memorable experience that happened on Guru’s birthday, August 27, 1972. He was turning 41 years old. And even though that may seem young to most of us these days, at that point I was only 20 myself, and Guru always seemed to me like an eternal, ageless type of Master.

This was the first large birthday celebration that Guru had ever had, and it took place near our Connecticut Centre. Everything was situated outside in this big field. We had a stage set up, and the entire function—all the music and plays and everything—took place outdoors. In the middle of the function that afternoon, the clouds began to gather, and soon it started to rain lightly. So Guru went up on the stage, sat down in a chair, and meditated. And it stopped raining.

Then someone got up and announced, “You’ve just seen a demonstration of the Master’s occult powers.” To which Guru responded very modestly, “It’s going to rain again.” 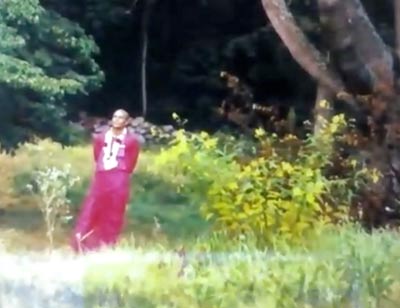 The function continued for maybe another half hour to an hour, and the clouds grew darker. Eventually it started raining really hard, with water just pouring out of the sky. At that point, Guru walked over to the side of the field, where there was a little forest of trees, and began meditating again. You can see this in the photo. At the time, I was standing over to the side, maybe ten or fifteen meters from Guru, when someone next to me took this picture.

In it, Guru is wearing a garland. This was because it was his birthday, and someone had given it to him. You can see that Guru is looking up at the sky. If you look very closely at his front pocket, you’ll see a white piece of paper—that was the program for the birthday function. More importantly, you can see that the sun is beginning to shine again. This is exactly when the sun started coming out.

Guru started meditating in the pouring rain, then we could see the sun shining on the tree behind him. When we looked up at the sky, we saw a big round space in the clouds getting bigger and bigger, and the sun started shining. Just like that, no more rain. The sun shone brightly for the rest of the day.

Surrender to God’s Will.
You will see miracles
At every turn.

More stories by Arpan »
Next story