How our spiritual journey with Sri Chinmoy started

We heard of Sri Chinmoy through a radio program that was conducted by one of his disciples. He kept talking about his teacher, Sri Chinmoy, and I wrote a letter to ask if we could meet Sri Chinmoy. So, he was in touch with us, and he invited us to come to his house.

Then he took us to the New Year's meditation. It was the end of 1973, and he took us to that public meditation. Nandita was very pregnant with Bishwas when we went. I was impressed because the disciples who were ushers, the disciples who were helping, were so nice. Guru invited groups up to sing or just to meditate on stage, and Guru himself spoke and sang.

But what really captivated me, what really excited me, is they showed a picture, a movie, a close-up of Guru's face while he was meditating.

You've seen that kind of video with Guru's eyes dancing and this wonderful expression on his face. I felt tremendous excitement in myself. It was so… I had never seen anything like that. You know how quickly Guru's eyes move? I even tried to move my eyes quickly to see if I could do that. No, no, Guru's eyes were really dancing.

Video
Sri Chinmoy meditating in his home in Queens, New York in the 1970s. At various points in the video, you can see Sri Chinmoy's eyes 'dancing', as Nayak described. As you know, that is darshan, when the Master offers blessings to the disciple. Guru was giving darshan to them. It was amazing to look at it—them smiling and gazing at him and him looking at them and smiling. My feeling was, “Wow, this man is really something!” You know what Guru's smile is like? No one can smile like Guru.

Then the big moment came. Guru walked over to where we were with our host, and he introduced us to Guru. By the way, I had a really big beard then. Guru was completely silent. He just raised his hands, both hands, and put one hand on my head and one hand on Nandita's head. My feeling was, “I like this. I like this.”

So that was the beginning. Then next, I shaved my beard, and we became disciples.

The next time we saw Guru was when he came down to Princeton to give a talk. It was on Nandita's birthday. I knew this man was really something, that he was really amazing. I wanted him to bless Nandita because she was pregnant with Bishwas. In my pushy way, I somehow maneuvered us so that Guru would have to encounter us. Guru gave a big blessing to Nandita. It was her birthday. He put his hands on her head and said a few words. I was very happy. Thus launched our spiritual career with Guru

.That early stage when I saw Guru, I could not believe that this was happening to me. Nothing that good had ever happened in my life. I felt this was like being in the presence of Jesus or Buddha or Krishna. How could something that amazing be happening to me?

With magic in His Eyes

With magic in His Eyes
God came to me.
With wonder-surprise in my eyes
I drank His Ecstasy.

More stories by Nayak »
Next story 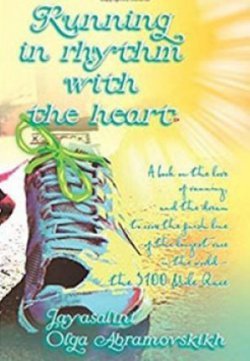