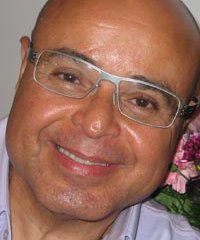 Guru saves me from my old life

The first time I went to the Sri Chinmoy Centre (which used to be known as the Aum Centre) in Miramar, Puerto Rico, was in June of 1968. I went continuously for about 3 months, but at that time I considered myself to be a disciple of another spiritual Master. After some time, I felt that I was being unfaithful to that Master, so I stopped coming to the Centre. A few months later, I also stopped coming to that other guru's group, to devote myself to the "hippie path".

In September 1969, one of the Puerto Rican disciples came to a festival organised by a group of my friends. She had with her a small Transcendental photograph. Somehow she managed to gather a large group of us and caught our complete attention. She spoke briefly and straight to the point. Holding Guru's picture in one hand, she said, "This is my Guru, Sri Chinmoy. He is lecturing in Japan, and he will be back to the Island (meaning Puerto Rico) in December."

The following Sunday morning, a large group of about 40 to 50 seeker-hippies invaded the Centre. When I saw Guru's picture at that time, I knew this was an old friend, someone whom I had known all my life and was finally going to meet once again.

Toward the end of December 1969, Guru visited the Island. Our first meeting with him was on a bright Sunday morning. We started to meditate with Guru. We were all blown away. He asked all of us, the new people, the seekers, to stand up one at a time and tell him our name, our age, and what we did for a living.

I was in trouble. I was in big trouble!

It was getting closer to me. The sound of the mind is getting louder and louder. My turn comes and I stand up. I am swimming in sweat—completely wet from head to toe, completely wet.

More stories by Sevananda »
Next story