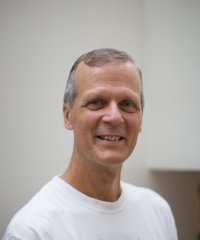 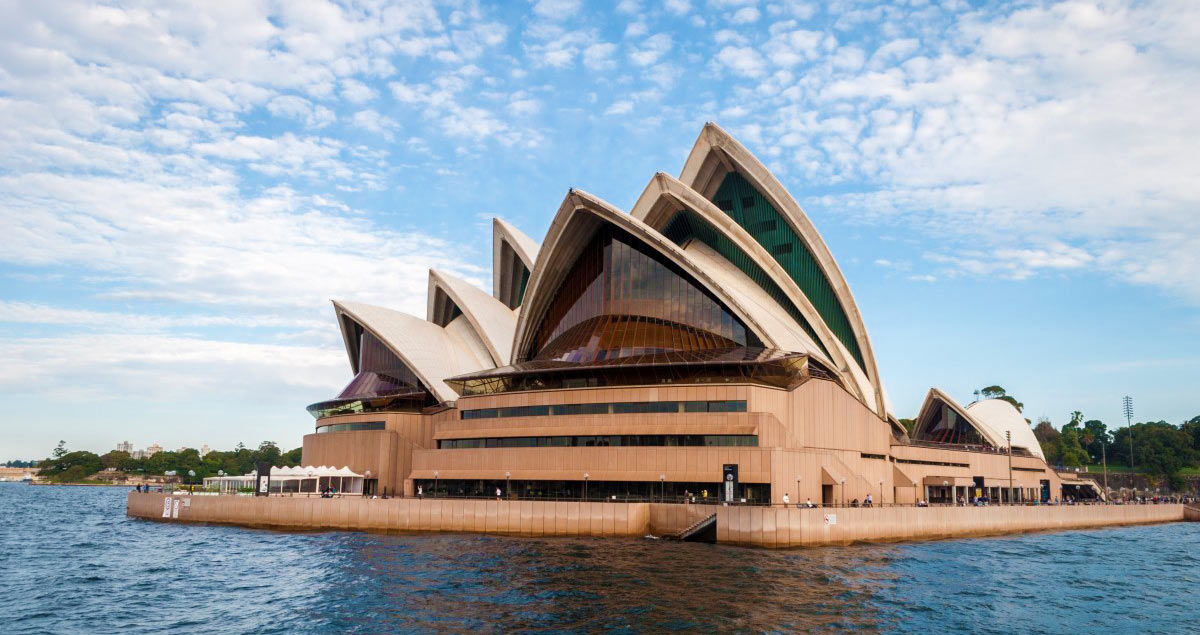 Guru always wanted to play at the Sydney Opera House. For Guru, there was something very magical about that building. Guru liked the building very, very much. Guru said whenever he hears the name Sydney, he thinks of the Opera House. We knew that Guru would love to play the organ, so we got permission somehow, I don't know how. It was a miracle that we got permission for Guru to play the organ.

There were about maybe one hundred disciples. It was not for the public. It was only for some disciples. Also, it was being recorded by the national radio. The gentleman who would show Guru the organ was a very famous organ player himself. It was arranged that he would also interview Guru for the radio program. Guru was very excited about playing this organ. It is the largest mechanical action organ in the world. It has ten thousand pipes.

There were many forces coming together. There was the building itself that Guru loved so much, then there was the organ, which was so special, and the occasion. Guru flew especially to Sydney from Melbourne just to play this organ.

Now, the organ itself with all the pipes is positioned high above the auditorium. So, if you are sitting in the audience, you're looking up almost to the sky to see the organ. The person who is playing the organ, to access, to get to the organ, has to climb up a series of staircases, spiral staircase and ladders to get up to where the organ is.

So, three of us climbed up the stairs. There was Guru, there was David Rumsey, the gentleman who would interview Guru and would show Guru the organ, and myself. As we climbed the stairs, it was like entering into another realm. There was a real sense of something momentous and a real adventure. Something special was about to happen.

When you get to the top of all these stairs, you then have to walk through the body of the organ to reach the place where you sit down and play on the keyboards. There is only one way to get there: You have to walk through all of these ten thousand pipes all around you.

Guru needing to be alone meant that David Rumsey and I had to leave, but there was nowhere to go. You’re in this little alcove with the organ. You're 30 meters above. You cannot jump off.

David Rumsey knew the organ very well, so he went back through the organ and disappeared. I don't know where he went. So, I was by myself. I left where Guru was sitting at the organ and went back into the body of the organ. I knew that Guru was already meditating and I was making noise by walking, so I just stopped and sat down where I was.

I was far enough away from Guru that I would not disturb his meditation, but I also did not want to make any more noise. So, I just sat down and closed my eyes, and thought, “This is where I will wait while Guru plays.”

There was absolute silence, and then above me and to the right there was this explosion of sound. I was sitting in the middle of all of the ten thousand pipes, and for the next 36 minutes and 14 seconds, it was like sitting inside a volcano. I could feel every one of those pipes, how thrilled they were to be the instruments, the voices to manifest this unprecedented music into the Earth's atmosphere.

The really large pipes were vibrating and sending this really powerful force right through my physical body. Everything was vibrating and tingling with this, just outwardly, let alone the inner thrill that accompanied the moment.

It was an experience of three-dimensional ecstasy. Well, actually, more like four or five or six or seven-dimensional. When it was finished, David Rumsey came and sat next to Guru. He interviewed Guru for the radio immediately after the performance was finished, and this is an immortal interview. In this interview, Guru said many immortal utterances about the organ.

I find spirituality in the organ, more than I find it in any other instrument. Here I see that the organ is not only the king of all the musical instruments but it is also the queen of all the instruments. It is extremely powerful and it has a very subtle, delicate touch at the same time. When you think of a king, you think of somebody who is very powerful, like a sovereign, and, when you think of a queen, there is softness and sweetness, a delicate touch. So the organ combines both God the Man and God the Woman.

Sri Chinmoy
excerpt from the interview

David Rumsey asked Guru if he was satisfied with his performance and Guru said, no, because he felt there was so much more he wanted to offer, which he could not offer. But at the same time, Guru said that there was nothing else that could have been offered, given the limitations of the instrument. So, this was the most Guru could have offered through a pipe organ on the planet Earth. Even then, it was still only a small fraction of what Guru was experiencing and what he wanted to offer. But it was still way, way, way beyond what any of us could actually receive. Many, many times for many years afterwards, Guru would always refer to this performance as his favourite of all of his pipe organ performances. The title is Heart-Power-Victory.

Then we had to walk back down all these hundreds of stairs, the spiral staircase, back down to the earth-plane. I was walking just in front of Guru, which means just below Guru on the stairs. Guru was in such a trance state that I really doubted that Guru would be able to walk himself down this spiral staircase, but he did. On the way down, Guru said that while he was playing, all the beings were coming to him from all the different inner realms and saying to Guru, begging him to play their music, from their realm. Then he would agree. He would go with beings to play with some beings from one realm, but then beings would come from another realm, and then Guru would have to go. He said the whole time he was constantly being pulled by all these different beings to all the different realms.

When he plays on Heaven-organ
Not only the cosmic gods
But also the Lord Supreme
Admires his miracle music of
Unmeasured height
And
Unplumbed depth.

When he plays on earth-organ
No human soul sincerely dares
To appreciate the soul-breath
Of his life of
Music-flow
And
Music-glow. 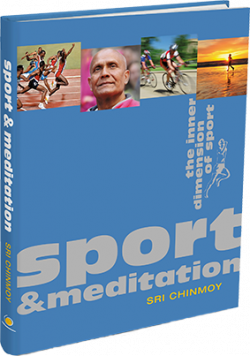